Did God Give Anyone the Authority to Infallibly Interpret the Bible?

Most Christians believe that scripture is the inspired inerrant word of God. The problem is that they don’t all agree on how to interpret it. Doesn’t it seem that if God were going to give us an infallible book he would also give us an infallible interpreter to help us understand it through the ages as cultures and languages change? If God protected His word from error, then wouldn’t He also protect the interpretation of His word? What if He did?

What if the claims of the Catholic Church are true?

The Catholic Church makes some wild claims including Apostolic Succession (unbroken succession from the Apostles to the present-day bishops and Pope); the Church’s Authority to interpret the Bible, and the Church’s ability to teach Infallibility under the protection of the Holy Spirit. If there was even a remote possibility that claims of the Catholic Church were true, wouldn’t you want to know more about it?

If not true, then these claims are arrogant at best and dangerous at worst. If they are true, it’s a huge gift from God that takes a huge burden off of our individual shoulders to decipher and interpret the scripture on our own.

What if Jesus really has protected this church at its core against the gates of hell, heresy, and error? What if God uses imperfect and fallible people to uphold his infallible teachings? What if there is more grace out there than you ever imagined? Wouldn’t you want to know more about that?

VIDEO: What if God didn’t stop with the Bible? In this video, the former atheist, Jennifer Fulwiler, makes an intriguing point. God inspired fallible people to convey infallible truths when they wrote the works compiled in the Bible. What if He didn’t stop protecting his scripture even after the Bible was compiled? And, what if He did that in a Church that He founded with His own authority? What if the teachings of that Church had not substantively changed in 2000 years and could be traced back to the Apostles and their apostles? What if God was being literal in Matthew 16:18 when He said, “And I tell you, you are Peter, and on this rock, I will build my church, and the gates of hell shall not prevail against it.”

VIDEO: Peter, the Rock, the Keys, and the Chair by Steve Ray: In the following video, Steve Ray considers scripture in the context of the day it was written and how a person of Jesus’s time would understand it based on the culture and tradition of the time.

VIDEO: Where Does Someone Get the Authority to Interpret the Bible? In this video, Tim Staples recommends a book called “Upon this Rock” by Steve Ray (link below) and makes an argument that the doctrine of Sola Scripture is unbiblical, unhistorical, unreasonable, and unworkable claiming that Christ prophesied “one Church and one Shepherd” in John 10:16.

VIDEO: Biblical Evidence for the Papacy: In this video, Tim Staples makes the claim that many scholars believe that in Matthew 18:15-18 Jesus is referring back to the old testament passages in Deuteronomy 17:8-12. He makes an argument that both passages support the idea that Jesus left an authority on earth to judge sin and settle differences. Both passages show a clear hierarchical structure with authority being placed with priests and bishops. Exodus 28 shows a high priest with a singular authority… not just Aaron, but also his sons and their successors. Christ himself acknowledges this authority Matthew in 23:1-2 where Jesus tells his followers to listen to those who sit in the seat of Moses. In Matthew 15-18 Jesus establishes a college of bishops but just chooses one among them with a singular authority. In Luke 20:29-32, Jesus says to the 12 when they are arguing who is the greatest among them, “behold Satan has desired to have you.” He goes on to appoint Peter to have the authority to keep together this group which we now call the college of bishops.

VIDEO: Scott Hahn explains Papal Infallibility: Dr. Scott Hahn discusses how he struggled with Papal Infallibility prior to converting to Catholicism. He discusses how at every stage in salvation history you see a father figure… some are good and some are not… but God is able to write straight with crooked lines. He how God continuously uses a father figure (even bad father figures) and overrides their fallibility.  As Christians, we believe that the Holy Spirit was able to override the fallibility of men (Matthew, Mark, Luke & John) and render them infallible in writing scripture. Why can’t the Holy Spirit override the infallibility of everyone from Peter to the current Pope so that the family of God gets the word of God with the spirit of God and in clarity and authority? Scott recommends 2 books (links below) “A Father Who Keeps His Promises” and “Rome Sweet Home.”

VIDEO: How Does Apostolic Succession Work? Tim Staples show through scripture how Jesus gave his authority to the Church and appointed his apostles as the leaders of the church. Jesus says that if we hear the church we hear Christ and if we reject the Church then you reject Christ. When did this stop? In Ephesians 3:10, St. Paul tells us that before the foundation of the world it was God’s predestined will the wisdom of God would be made known through the church. He goes on in Ephesians 3:21 to say that Church would exist in every generation world without end. Continue to Ephesians 4:5… one Lord, one faith, one baptism. Skip forward to verses 11-15, the Holy Spirit has placed in the church apostles, profits, pastors and teachers to help every come to the unity of the faith so that we be on children tossed to and fro with every wind of doctrine. The successors of the Apostles in the new testament are called Bishops (Acts 1:20). He goes on to discuss old testament support as well as early Christian writings that support succession and authority being passed down the ages. Shows strong foundation of apostolic succession.

VIDEO: Is Papal Infallibility Rooted in Scripture? Jimmy Akin offers another perspective on Papal Infallibility, authority and church tradition. He points to various passages that establish St. Peter as the early leader of the Church. it’s clear from the new testament that Jesus appointed St. Peter as the leader of the early church. that’s easy to document. from there it’s clear that Jesus intended his church to have a hierarchy with leaders and that he wanted his church to continue through the end of the world (it will always exist). If it needed a leader in the first century when he founded it, then that would continue down through the ages. we would expect Peter to have successors who would continue to lead the church until Jesus returned. then looking at the role of the papacy. Jimmy goes on to reference scripture that shows Christ gave his church teaching authority and promised that the holy spirit would lead her in all truth and protect it from error.

VIDEO: The Church & Papal Infallibility: Discusses and explains that infallibility does not mean impeccability (sinlessness of individuals). God didn’t promise that the leaders of his church would be perfect or impeccable. He promised that he would protect it from the gates of Hell meaning that he would not allow it to teach heresy that might lead souls to perdition.

VIDEO: Infallibility of the Pope: Tim Staples discusses what infallibility is and what is it not. For example, it is not impeccability.

Scriptural Evidence for Church Authority: What does the bible say? Where does it say to use the Bible alone? Consider the following Bible verses:

With thousands of denominations at odds with each other, which church is he referring to? 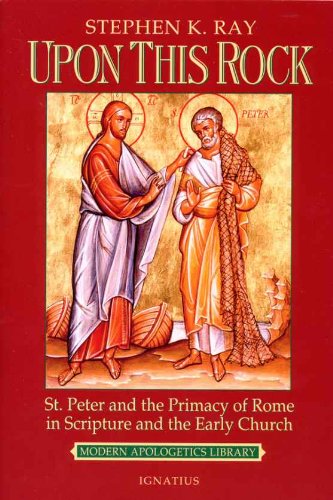 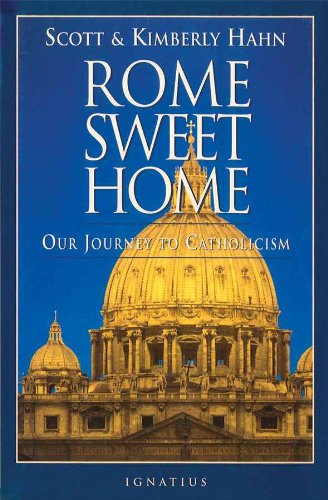 Food For Your Soul